A new tradition begins at Melissa High School later this month with the school’s first annual film festival, where student-produced live action and animated short films will be screened for students, staff, family members, and the greater community.

The Melissa High School 2022 Film Fest will begin at 7 p.m. on Saturday, May 21 in the auditorium at the Melissa Arts Center. Live audience voting will follow the film screenings to determine the fan-favorites in each category. The festival is free to attend and open to the public. Click here to join the Facebook event.

Note: All student films adhere to UIL One Act Play content standards. However, please be advised that two films in the horror and crime drama genres may be sensitive for younger viewers.

Nearly 60 students from grades 9-12 in the audio/video (AV) production and animation classes at Melissa High School were involved in producing the collection of short films. During the year-long production process, students learned how to develop storyboards, write screenplays, and work through the stages of pre-production, production, and post-production.

“Our students have put in a tremendous amount of time and energy in bringing their visions to the screen,” shared A/V production teacher, Randy Kramen. “Along the way they have risen to every challenge while learning the teamwork, creative, and technical skills necessary to put together a film. I am excited for our students to experience feedback from a live audience and get validation for all of their hard work.”

Animation teacher, Dustin Clark, added, “I have loved seeing the growth of these students. They have learned to problem-solve and worked hard to improve their strengths and weaknesses as they developed and improved these short stories. All are very intelligent and skilled students, but it takes lots of work to turn an idea into a reality. I am so proud of them.” 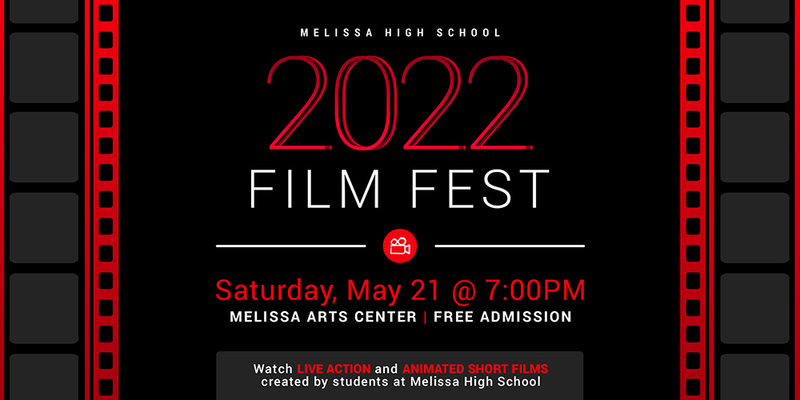 Below are a handful of the titles that will be shown at the Melissa High School 2022 Film Fest.