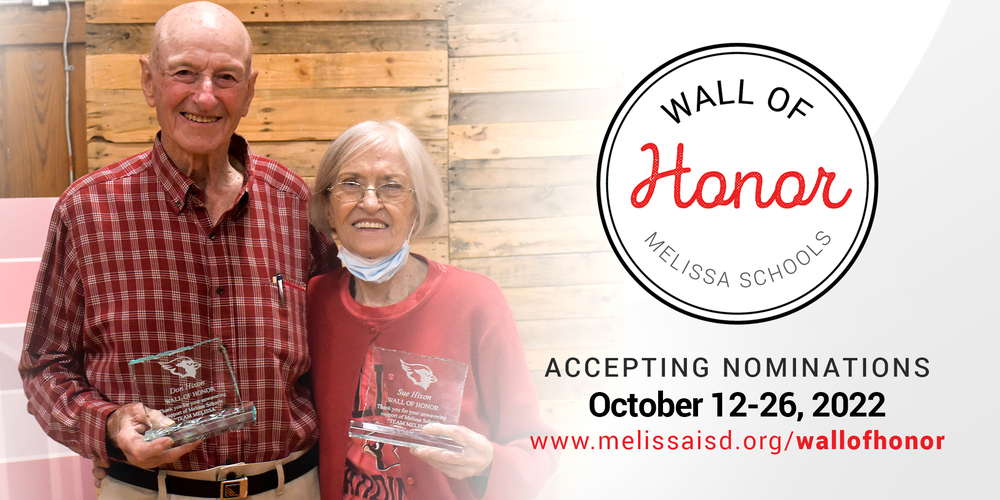 Melissa ISD accepting nominations for 2022 Wall of Honor through Oct. 26

Melissa ISD is accepting nominations for the Wall of Honor from Oct. 12-26, 2022. The Wall of Honor recognizes former students, former staff, and community members who have had a positive and significant impact on the district and greater society.

Established in 2016, this ongoing initiative distinguishes altruistic, high achieving individuals with a significant history. Since the program’s inception, eleven honorees have been inducted into the Wall of Honor, and each honoree exemplifies the Melissa ISD core values of integrity, loyalty, honesty, humility, and hope.

Inductees are featured on the Wall of Honor photo wall at the Melissa Schools Home Office, in addition to being recognized at a Melissa ISD event. Each honor has the opportunity to go on a tour of Melissa Schools.

The Wall of Honor qualifications and nomination form can be found online at www.melissaisd.org/wallofhonor, which also outlines the selection process, recognition festivities, and a timeline of events.